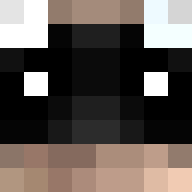 Omega
Standard
What is your in-game name?
➥Karkinos

How can we contact you? Provide your Discord name and ID.
➥o0Distortion0o#3130

What would you want implemented?

Vampire, both Sanguine and Undead are comparatively weak compared to Werewolves, and have to sacrifice half their playtime (If aboveground). Not to mention, while Wolfsbane was removed making Silver Swords the only viable method of attacking WW a simple bottle of holy water is dirt cheap to make (implying you own an altar) and completely cripples vampires, leaving them almost unable to defend themselves.

First of all, both vampires lack much to wait for. While Werewolves gain bonuses in the form of increased time in /ww t, vampires only gain two notable leveling bonuses, Night Vision and Bat Form/Bloodlust. Im not too sure how to rework this, but maybe make the two big skills (not NV) scale with Vamp Age status (Newborn, Fledgling, ETC.). They would start out weaker than they currently are, and end up stronger than currently once Elder. Bat Form would simply become more hunger effecient, while Bloodlust would scale in damage bonus and lifesteal (However, not too drastically)
And, this one is a bit controversial, but older vamps would burn slower in the sun (Up to 25% Slower for Undead and 75% Sanguine)

Second, Sanguine is often noted as the worst race ingame, having to eat a hard to obtain, unstackable food. Passive Hunger drain, Sun Damage, and is unable to combat the sun by hiding underwater as they will drown. The 20% Sun Dmg Reduction barely does anything, all it does is make combusting take a few measly seconds longer. The only advantage of this is being able to become basically a werewolf with less DPS and more armor. Seeing as Sanguine is half-human and not full vamp, I think it should be able to benefit from some human foods, namely RAW meat. Raw Meat is bloody right? As well as 1/2 usual hunger from plant-based foods. Having the bonus of more convenient food would bring Sanguine back onto the playing field.

Also, Vampirism is much harder to cure than Lycanthropy. I personally think a holy altar should be able to cure vamps under 6 days without any cost.

Thanks for reading, I like good replies that help construct on my concept or point out the flaws, as they help me make future suggestions better 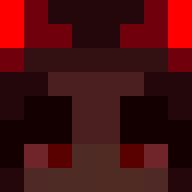 Omega
Standard
Pretty sure farmers diet bypasses the supernatural plugin. I know it does for ww so when you get 100 herbalism you can eat things like bread. Carrots and cooked potatoes.

as a vampire you will be aware you’re not going to be able to be out in the sun it’s common sense. You can still do everything underground it’s not too much of a hindrance

werewolves don’t gain anything after a certain amount of moons. Most people stop after 30 because then you get to transform at will. You only gain things really during a full moon since /ww t only increases the passive effects we get which makes sense because you’re in form. It’s different to human form whereas vamps are always in form.

ive never played continuously as a vampire, only for a short time. Instead of completely reworking the plugin have some ideas to add. To make people want to get more days and give people something to work to. Maybe adding an effect for both ww and vampires that allows them to sense when a hunter is near and the range increases as you either use the skill or as your days/moons increases. And for really high level vamps and ww (vamps days higher since as a ww it’s harder to gain moons since we need to be outside. Under the moon and a full moon only happens every 140 minutes but vamps gain days passively) where they can track humans Or specifically hunters and for ww other ww clans too. This would encourage counter hunting since most people can’t as there’s no easy way to find a hunter or human.
You must log in or register to reply here.
Share:
Facebook Twitter Reddit Pinterest Tumblr WhatsApp Email Link
Login New Account