The Argument For Kingdoms <PLEASE READ>

The Argument For Kingdoms
By Bragi1

*Note* Before I Begin, I Would Like To Clarify That This Thread Refers To The Structures Within The Survival World

Hello, fellow New Heaven community members. You may be wondering, who is this Bragi1 dude? Well unless you're one of the few people I have interacted with, you are justified in this thought. I'm just a reclusive player who spends most of his time on the server doing repetitive tasks to keep myself from boredom. The problem is that I don't desire for this to be the case. My favorite part of Minecraft is banding together with other players and building impressive and complex structures, towns, and/or bases. The problem is that it is near impossible to achieve this with the current system. The system I refer to of course is the Grief prevention claim plugin that our server uses. I argue that we instead use the Kingdoms Plugin. With this plugin, you can easily claim open land just like before, and os much more. With Kingdoms, you can invite anyone to your kingdom to help build it and protect it. They can go on conquests and conquer others. You can assign them different ranks depending on how much you trust them. Not only this, but Kingdoms makes your land something to fight for. As you build up your kingdom you can improve your champion. If someone tries to conquer your land, they will have to defeat your champion first, which is not an easy task. A champion is an NPC that generates whenever an invader comes. They (the invader) have to defeat a champion for each chunk. Now, you may be thinking that you don't like the possibility of your land being conquered, but think about the possibilities from the flip side. You yourself can conquer any kingdom you want. Is there a base that your Kingdom envies? With tactical skill and manpower, it can be yours! You can also create warps between different land claims. The possibilities are endless. Now, if you prefer to stay a recluse and not build with others, Kingdoms works for you too! You can be the lone ruler of your property and build it up with your own resources. In the end, Kingdoms creates a fun system where players are involved with their property without them becoming complacent. Kingdoms has so many more amazing features that I could ramble on about, but these are some key points I wanted to touch upon. Are you ready to build cooperatively (or alone) to create intricate bases that no one dares tread upon? Are you ready to make our server even more interactive and enjoyable? Then let's hold a referendum to switch to Kingdoms!

Suggestion to Bragi: Use points instead of typing a full essay- example

It will make ppl be more interested in what you say 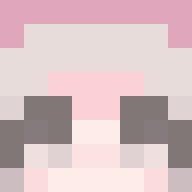 I agree with you! That's why I actually prefer Towny, but there seems to be more server support for Kingdoms than Towny, so I wrote my essay on Kingdoms rather than Towny (Towny being what I truly prefer)
B

V_id said:
Suggestion to Bragi: Use points instead of typing a full essay- example

Thank you for the tip, I suppose I'm a bit too used to writing essays.