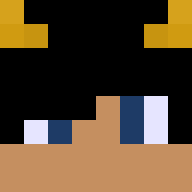 Omega
Standard
As many people seem to mention, the races seem to be unbalanced, specifically humans and werewolves not being powerful enough to face a well equipped and skilled vampire. Right now vampires have faced paced regeneration, while other races have similar traits and not similar traits. Today I will discuss possible buffs for each race that needs it.
Werewolves
I talked with numerous people about werewolves, and it’s that their power is based on a timer. A vampire can contend with a werewolf during their form, but once their form fades, the vampire is in for an easy win. Here are a few buffs that could remedy this issue.
Humans
Another very underpowered race is humans. They are relatively no match for the supernatural and the hunting aspect is also “garbage” said by many players. So I will list a few possible suggestions to make humans more compatible in New Heaven.
I will not be discussing merfolk as it’s to my understanding that you already have plans and suggestions for them.

That’s it for now on my suggestion for race buffs. I hope they get heard out and ultimately implemented for a more equitable and effective pvp experience. Thanks for reading!
-Xanbelor
(I would accept and appreciate any comments, new suggestions, or constructive criticism in the replies!)
Last edited: Jan 5, 2021

Owner
Omega
I’ll be looking through this and the code when I get some time this week. Seems very well thought out.