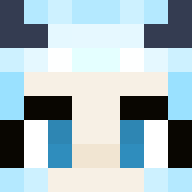 Admin
Omega
Standard
Brewery Recipe Release​
First off, I would like to thank you guys for your patience while I went through the plugin, learned how it works, rewrote all the default recipes to be unique to New Heaven, added a few more recipes, tested them, implemented them, and wrote the guide/recipe book.

A few people have recently complained that the plugin was broken, which is what prompted me to speed up and post the guide/recipe book. I would just like to say that the plugin was not broken, it's just that everyone was trying to use out-dated recipes despite me posting that they were being changed. The recipes themselves have been in since before the last reset, I just hadn't gotten around to posting the recipes.

The guide for brewery can be found here which I posted earlier this week.

The recipes are on a different post which can be found here due to the fact that the guide would end up way too long if they were combined. It also allows me to edit the recipe book as much as I need to without it affecting the guide.

The recipes that are currently posted are considered the 'base' recipes. They are simple, common drinks that a lot of servers have some variation of.
However, I have written the recipe book in such a way that it requires you guys to mess around and experiment a bit in order to find the perfect versions of the drinks. Please do not ask me to give you the exact numbers, as I will not do so. Please do not ask the staff to give you exact numbers, as I am not even telling them the perfect recipes. This is so that they can also experiment with the recipes.
I ask that you all refrain from sharing the perfect recipes once you have found them, and allow everyone the chance to experiment and have fun.

While I do have plans to add more drinks in the future, there is currently no timeline for doing so. At this point in time, the plan is to add a bunch of variation recipes for each of the base drinks and to add a range of 'special' drinks which will provide special effects.
If you have any suggestions for recipes, please post them all on the currently existing post about adding recipes, that way they are all in one place. I will not consider any that are posted on discord.
You must log in or register to reply here.
Share:
Facebook Twitter Reddit Pinterest Tumblr WhatsApp Email Link
Login New Account